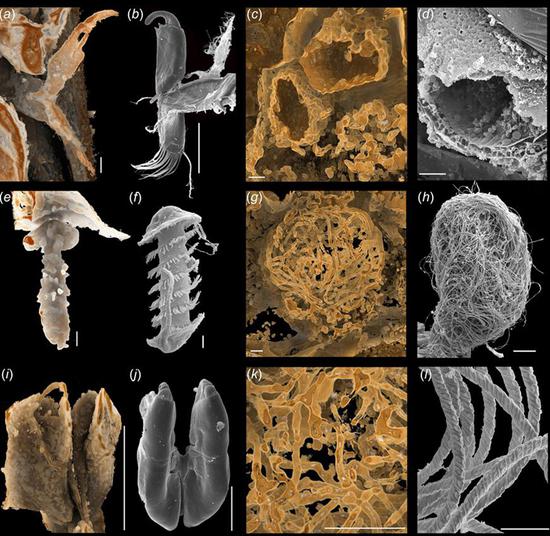 A team of Chinese scientists based in Nanjing, East China's Jiangsu Province, have discovered the world's oldest known animal sperm inside a crustacean that was preserved in amber in Myanmar 100 million years ago.

The fossilized sperm samples are believed to date to the Cretaceous period. This biospecimen was identified inside of an ostracod, a species of crustaceans that have dwelt in aquatic environments for more than 500 million years.

This rare find was first discerned by a Chinese research team led by Dr Wang He of the Chinese Academy of Science in Nanjing. The discovery soon ignited the research interest of paleontologists in the UK and Germany, who proceeded to work together with the Chinese team. Wang collaborated with professors from London and Munich to publish a paper on their findings of the sperm in the renowned British journal Royal Society Proceedings B on Wednesday.

A total of 39 ancient ostracods were discovered in the blob of amber, while the sperm is by far the oldest example of fossil sperm ever found. The researchers also made use of X-ray microscopy technology to create a computer-aided 3D reconstruction image of the creatures in the piece of tree resin. These images revealed giant sperm in a female ostracod's reproductive organs, indicating that the creature had had sex before being trapped in the amber.

"This new discovery is indisputable evidence that giant sperm is at least 100 million years old, and probably much older," Robin Smith, an ostracod expert in Japan, told media after learning of the new scientific discovery.

Most popular in 24h